Realising I needed help | By Mind Side

Lottie shares her story of standing up to the OCD bully and seeking professional help.
– Lottie Brown


As a teenager, I knew that my brain was a bit different to other peoples. Whilst everyone else loved the interactive nature of science classes, I was absolutely terrified of all the chemicals. I’d be too afraid to eat at school in case I accidentally ingested any. At that time, I didn’t have a name for it, and my chemistry teacher was so understanding that I managed to establish a pattern of avoidance that satisfied my OCD. At 15, my fears turned to religion and I was obsessed with the thoughts that God would curse me. The compulsive handwashing really ramped up a notch at this point, it took so much time up that I began to search for answers. I know it’s not advisable, but I googled all the symptoms I was experiencing; that’s where I first came across Obsessive Compulsive Disorder. Some of the symptoms sounded so familiar, I began to suspect that I had it. As a result of my Google searches, I believed that the only way to treat something like this was to expose you to your triggers over and over again, and the thought of this terrified me. So, I tried desperately hard to hide my symptoms. As I continued to thrive academically, I began to believe that the OCD voice was responsible for my success, I thought it was saving me from being cursed by God with failure. The more I succeeded, the more of a hold OCD had over me. But as with many mental health conditions, the longer OCD is left untreated, the worse it gets. In the final year of my degree, this came to a head and I suffered a breakdown.

It took months for me to finally understand the breakdown. I’d had some counselling at university, but there was no specialised help for the OCD. The support from university was mainly designed to get me through my final weeks at uni. So, when I returned home, I decided it was time to visit the GP and get some professional help. I know that hindsight is a wonderful thing, but I truly wish I’d sought medical help earlier. OCD affects so many aspects of your life, it makes everyday activities so difficult and time-consuming to carry out. I very nearly dropped out of university, I became so detached from my life that I could barely hold a conversation with people, I spent every moment of the day trapped in rituals. I was in such a mess. I try not to think about it, but I know that my university experience would have been so much more enjoyable if I had just sought help sooner, before I’d reached crisis point.

It’s hard opening up and talking to someone about your mental health, but this crucial first step will help you tremendously. It started me on my path to recovery. So far, it has involved CBT, medication and various support groups. I’m still on this journey, I don’t know if I’ll ever be free of the obsessive thoughts and compulsive behaviours for good. But one thing I do know is that without professional help I wouldn’t now be able to manage my symptoms more effectively.

I know that I am far from alone in the struggle of living with OCD. So many people live with OCD for years before seeking help. Standing up to the OCD bully is terrifying but getting professional help can be life-changing. There is no one-size-fits-all treatment for OCD, but speaking to a professional can help you establish a treatment plan that works for you. 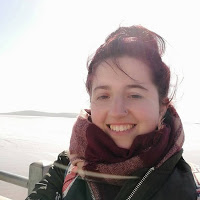 Lottie is a PhD student in Classics at the University of Bristol. She has been struggling with OCD and anxiety for several years, and is very passionate about raising awareness of mental illness and challenging stigmas. She regularly blogs about her own experiences with mental illness here.