Hangover Habits from the Bubble of University | By Mind Side

Hangover Habits from the Bubble of University

Ross writes about the mentally unhealthy drinking culture at university and how it can cause problems after graduation.
– Ross Carver-Carter

In allowing problematic drinking behaviours to go unchallenged at university, we do a disservice to young adults.
University is in many respects a bubble with its own established norms, culture and structure; something I have clearly seen in that we are so drastically expected to undo many of our student habits upon graduating. In particular, student drinking – at least in my experience – is largely normalised in a student environment and tolerated by those outside of it as a natural, if not desirable, part of the higher education experience. At times, however, it can seem as though no amount of drinking is ever labelled ‘problematic’ when it occurs in the student landscape.
Drinking at university is often justified as being merely part and parcel of sport’s societies or harmless respite from the stresses of study. For many I imagine it will remain harmless and entirely in their control, but my concern is that these norms can create a dangerous environment where unhealthy drinking habits are formed without being questioned. From my own experience at university, there are regularly events involving alcohol, and often many are willing to get involved once prompted. It’s easy for students to deceive themselves about their own drinking habits in this environment, and to believe it is the social events that lead them to drink and not that they need drink to feel comfortable socialising. Those that want to go out often are laughed off as ‘keen’, but are never thought of as having a dependency or a problem which could be a cause or effect of mental health difficulties.
In short, it is easy for unhealthy drinking habits to go under the radar whilst in full time higher education, or to blend in with the pervasive wider drinking cultures that thrive. These behaviours only seem to become a concern if they continue after one leaves university and goes into employment. This arises out of a tacit acceptance among many students that for three years you will perhaps drink or smoke excessively without consequence, but that it will not extend beyond your university days. This may sound reasonable enough, but it doesn’t always translate so neatly in reality. Subtle habits, such as drinking to cope with deadline stresses, can ingrain themselves into student behaviours and carry over beyond university into the workplace. Furthermore, students who suffer with mental health issues are at a higher risk for problem drinking, and may turn to alcohol to self-medicate. These behaviour patterns, once established, risk becoming long-term problems. I have known some individuals, once they have started working, to normalise drinking alcohol after work during the week, alone. They drank as a student, so why not now? Though the behaviour hasn’t changed, the perception of it has; It can sometimes take the ‘real world’ to shine a light on problem drinking.
This attitude is all muddled up; both students and universities should halt these unhealthy drinking habits in the process of developing, instead of intervening once they are well established. This could start by challenging the idea that university is an opportunity for regular binge drinking without responsibilities or consequences. In summary, this is a call to be more aware of problem drinking amongst our peers, especially if we witness a pattern of drinking to cope with stress or anxiety. Offer a listening ear and share alternative ways of coping or socialising. University is unique and will differ from life afterwards, but it should never be allowed to become a breeding ground for alcohol dependency.
For information on finding support with alcohol misuse, visit pg. 32 of Student Minds’ Transitions guide. 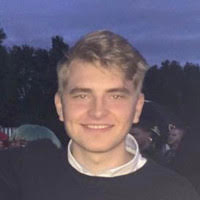 I am a Politics and IR graduate navigating the graduate world, one step at a time. You can find my thoughts- big and small at www.thoughthoard.co.uk